The player is the Grandlandfather and must direct the Landfathers and the folk of the lands to take over new lands and unite the world into one big happy family.

Move camera with WASD or move cursor to window border.

Zoom in and out with scroll wheel.

The large characters in the big white rings are Landfathers. They spawn folk, smaller characters, who look like them. They can have a maximum of six folk spawned at any time.

Landfathers and their folk have a head (upper shape) and body (lower shape). A folk will have the same type of head and body as the Landfather that spawned it.

The three possible shapes are pyramid, cube and sphere. These having these shapes as head or body gives folks different abilities.

Clicking with the right mouse button somewhere on the land in the game world will make the selected folks walk there.

When your folks come close to enemy folks, their reaction will depend on their head shapes. If your folk has the same head as the enemy folk, they will happily coexist.

If your folk has a different head shape from the enemy folk, they will hate each other and begin to fight.

A folk always deals a base damage of 1 health point when attacking. If the folk has a head that is strong against the enemy head, it deals a bonus 1 point in damage.

Multiple folk participating in the hostile conversion will make the conversion faster. If some of your folk with the same head as the Landfather are within it's ring, it is not possible to do a hostile takeover. The conversion meter will then be marked with a cross, showing that the Landfather is blocked.

When a diplomatic takeover is underway, a control meter is displayed over the targeted Landfather. This will track the conversion from the enemy color to the player's color. Multiple folk participating in the diplomatic conversion will make the conversion faster. If some of your folk with another head than the Landfather are within it's ring, it is not possible to do a hostile takeover. The conversion meter will then be marked with a cross, showing that the Landfather is blocked.

You can create a new, smaller Landfather by bringing two of your different looking folk into one of the small white rings. One of the folk will give the new Landfather it's head shape and the other folk will give it's body shape. Which folk gives which shape is random.

Small Landfathers spawn folks more slowly than large ones. They also have a lower maximum capacity of spawned folks.

Enemy folk don't just spawn from enemy Landfathers. There are also wandering enemy folk who spawn at the edge of the world. These will spawn more frequently as you take over more Landfathers.

You achieve victory by taking over all of the big Landfathers on the map! Good luck! 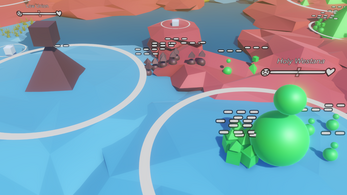 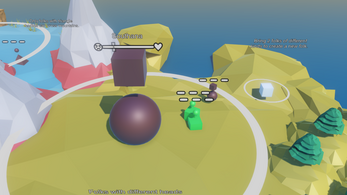 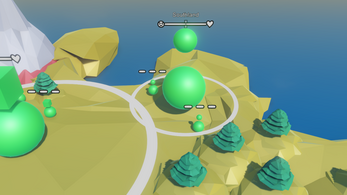 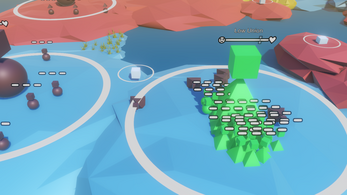 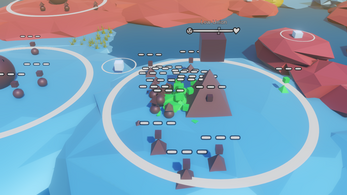 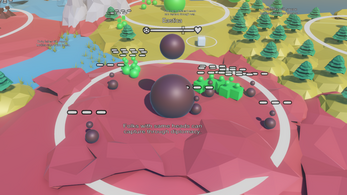 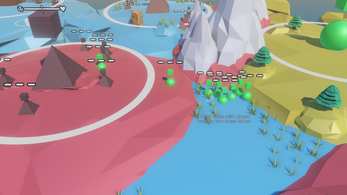 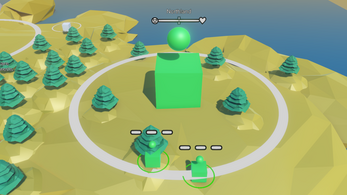